Not every Disney character is a princess seeking freedom from the perfect life laid out for her or a beggar boy hoping to be a prince. If you look closely, you’ll find that some much-loved Disney characters manifest highly sensitive personalities. A few of them also have introverted characters.

Highly sensitive Disney characters are often the sidekicks, the shy and unobtrusive ones. But sometimes you’ll find them playing lead roles.

These highly sensitive Disney characters are some of the more complex personalities you’ll find in a Disney movie.

Some might be a little crusty and some more than a little cute … but all are unforgettable.

Which of these highly sensitive Disney characters do you empathize most with?

No one who’s watched the classic Disney cartoon Bambi can forget the iconic character who didn’t even have the nerve to introduce himself correctly.

Instead, he simply stated, “You can call me Flower if you want to … I don’t mind.”

In fact, we never even discover his real name. We know the blue-eyed skunk from Bambi is bashful and seems to hate attention. But this highly sensitive character proves himself as a faithful friend … except when he wants to sleep (all winter long).

And yes, we know how much HSPs need their sleep!

This highly sensitive Disney character has a keen (and probably overwhelming) sense of hearing (any HSPs out there relate?).

What is more, he lacks confidence in himself, a common issue many introverts and HSPs face.

It takes a close friend (Destiney) and a crazy newcomer (Dory) to convince Bailey that maybe there is life beyond his safe spaces.

But we’re pretty sure he’ll always be on the shy and sensitive side, no matter where he might end up in the big, wide world. 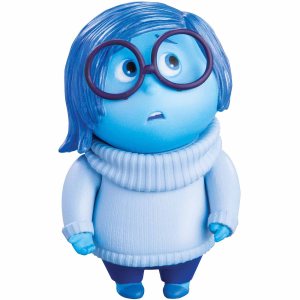 First of all, raise your hand (or just nod slightly) if you cried more than once while watching this movie.

And another nod if you could totally relate to Sadness, a softspoken and sensitive character whose personality is the exact opposite of Joy.

I so loved this movie!

And I loved the character, Sadness.

Sadness is certain that she ruined things by affecting one of Riley’s core memories … infusing her with … well … sadness. But her sensitive nature proves to be a vital part of Riley’s psyche.

Sometimes you just need someone to cry with, and Sadness, with her highly sensitive personality, knew how to do just that.

If you’re a highly sensitive person, you’ve doubtless had moments (or long seasons) where you’ve preferred animal company to humans.

And when Olaf the snowman sang that famous song about summer, Kristoff was deeply concerned about Olaf’s innocence and repeated, “Someone needs to tell him.”

However, he was too sensitive to warn him outright, “You’re gonna melt!”

As highly sensitive people tend to do, Kristoff probably thought about the problem deeply for ages … at least, until Olaf received his own personal flurry and the crisis was averted.

If you’re a highly sensitive person, Bashful is probably your favorite dwarf (though depending on your mood, Grumpy might be a close second).

Bashful has a secret crush on Snow White, but can rarely stammer out much more than “Oh, gosh,” when he finds himself the subject of her attention.

How many times have you, as a highly sensitive person, found yourself at a complete lack for words when someone you like tries to talk to you? 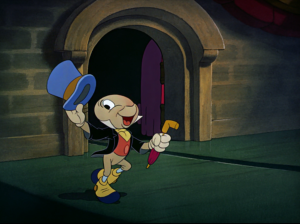 Speaking of appreciating beauty, Jiminy Cricket surely had a crush on the lovely Blue Fairy, who dubbed him Pinocchio’s conscience.

As an HSP, you’ve likely held the uncomfortable position of serving as “conscience” to a friend or family member, whether you’ve wanted to or not.

If nothing else, you’ve probably thought it: That’s not the right way to go and they’ll end up disappointed or hurt.

But you stayed true to your friend no matter what they chose. You can likely relate to Jiminy Cricket, who stuck by Pinocchio … even when he turned into a donkey or ended up in the belly of a sea monster.

7. Archimedes (The Sword in the Stone)

This Disney movie is not the most well-known one, but if you’ve watched it, you probably loved one character more than the rest …

Archimedes might come across as a crusty old owl who wants nothing more than a bit more sleep … but if you’re a highly sensitive introvert, you’ve undoubtedly had those days where you were more than a little grumpy because you were tired.

He is easily offended, such as when he and Merlin are given the coldest, draftiest room in the castle. (And as much as we hate to admit it, we HSPs do get offended easily.)

However, when Arthur’s life is in danger, Archimedes risks his own safety to rescue the boy. When Merlin asks him about it, though, the owl acts as though he did nothing of the sort.

Sometimes HSPs are unlikely heroes. Even in Disney movies.

Speaking of less-well-known Disney films, Atlantis, which was released in 2001, might not have been the most popular (possibly due to the lack of a Disney princess for the first half of the movie).

But Milo, the lead character, held his own as an awkward, highly sensitive genius.

A linguist and cartographer who finished high school at 11 and declined both Harvard and Princeton, Milo Thatch is a dream-chaser, reluctant to give up his hopes that the lost city of Atlantis really does exist.

Eventually, he leads a group of scientists to Atlantis, not knowing everyone but him is in it for the money.

In spite of his awkwardness, his sensitivity and honesty bring all but the biggest villains to his side, and his courage helps to renew a dying land.

Seriously, you should watch it. 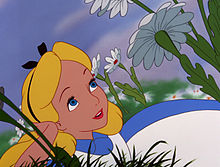 Do any other of you HSPs love using your vivid imagination to escape the real world on a regular basis?

I can relate, and so can Alice.

In both the movie and the books by Lewis Caroll, she loved reading, but not boring, visionless books.

Alice wanted something that would capture her imagination and bring it to life … which is just what happens when she tumbles down the rabbit hole.

Alice cries a river … literally, and finds herself in adventure after adventure … all the while seeking a way to get back home.

Highly sensitive people are homebodies, after all.

And yes, sometimes the highly sensitive person actually gets a starring role as the Disney princess.

This is the case with Belle, the daydreaming singer who is rarely seen without a book in her hands.

Even though no one could deny the truth of her name as meaning beautiful, the townspeople still state, “I’m afraid she’s rather odd–very different from the rest of us.”

Different … but that’s not necessarily bad.

After all, Belle had the sensitive nature needed to see the beauty hidden deep within a terrifying beast, enabling him to transform into his true self.

And that, really, is the gift of a highly sensitive person, whether in a Disney movie or in real life …

To seek for and recognize beauty and worth, even when it’s deeply hidden.

And sometimes to coax it to life or resurrect it from the ashes.

Did I Forget any Disney HSPs?

So, which of these highly sensitive Disney characters is your favorite?

And if I left anyone out, whom you consider highly sensitive, leave a comment and I will add them or maybe put together another list.